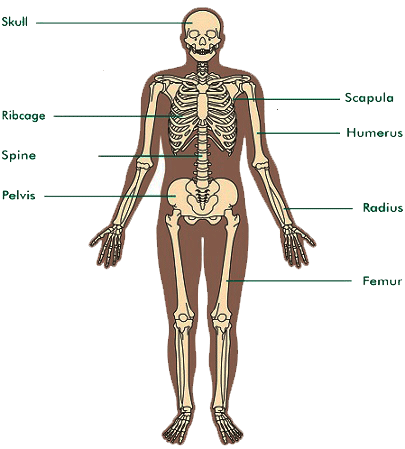 Pain and swelling are the most common symptoms of bone cancer. The tumours located in or near a joint may lead to stiffness and tenderness of the affected joint, whereas the tumours in the pelvic bones and lower part of the spine may affect the normal functioning of the bladder and the bowel. Bone cancer usually leads to pathological fractures of the affected bones. Procedures used in diagnosis and evaluation of the bone cancer include a blood test, X-rays, bone scan, CT scan, fluoroscopy and biopsy.

Osteosarcoma (osteogenic sarcoma) is the most common and highly malignant primary bone tumour. It is more common in men as compared to women and usually occurs during the second and third decades of life. Osteosarcoma usually affects long bones such as the humerus, distal part of the femur and proximal part of the tibia & the fibula. The exact cause of osteosarcoma is not fully understood but radiation is considered as one of the major risk factors. Histopathologically, the tumour is composed of pleomorphic cells that invade and destroy the bone. Osteosarcoma is divided into three types, i.e. the parosteal osteosarcoma, multifocal osteosarcoma and the soft tissue sarcoma.

Osteosarcoma presents as a painful bony swelling usually around the shoulder or the knee. If untreated, the tumour may fungate to form an ulcer. The malignant cells of osteosarcoma often produce an abnormal irregular bony structure. The expanding tumour forming a new bone in the soft tissue may appear as Codman's triangle and Sun-ray spicules in the X-ray films. Osteosarcoma may cause pathological fracture. The tumour usually metastasises to the lungs. Staging of the osteosarcoma is done as follows: In local stage of the osteosarcoma, the tumour is localised in the affected bone. In metastatic stage, the osteosarcoma spreads to other parts of the body. Procedures used in diagnosis of the osteosarcoma include X-rays, CT scan, fluoroscopy, bone scan and biopsy.

Synovial sarcoma is a highly malignant tumour that may arise from the muscle, connective tissue and the subcutaneous tissue. It usually occurs during 20 to 40 years of age. Synovial sarcoma often presents as a soft tissue mass in a major joint such as the knee, ankle and the wrist. It usually metastasises to the regional lymph nodes.

Secondary tumours of the bone