Carcinoma of the Stomach 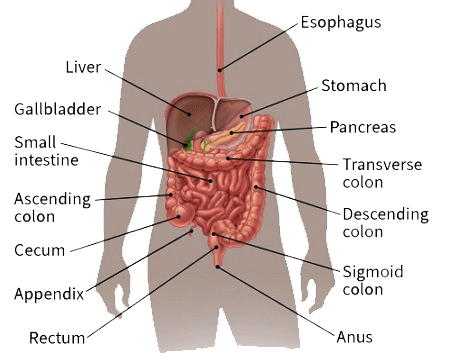 Tobacco and alcohol are considered as the most common causes of stomach carcinoma. The risk factors include chronic gastritis, gastric polyp, pernicious anaemia, gastric infections, gastric dysplasia, previous stomach surgery and the hereditary factor. Incidence of the stomach carcinoma is higher in those persons, who have blood group A. Studies have revealed that excessive consumption of salt, complex carbohydrates and food preservatives may cause stomach cancer. It has also been observed that low intake of fresh green vegetables may cause stomach cancer.

Carcinoma of the stomach is usually asymptomatic during early stages. The symptoms, when appear, are similar to any other gastric including persistent epigastric pain, gastric distension, indigestion, dyspepsia, nausea, vomiting, anorexia, heartburn and early satiety.The patient usually gets symptomatic relief from over-the-counter remedies, further delaying the diagnosis. In advanced stages of the stomach carcinoma, there may be occult blood in the stool, iron deficiency anaemia and weight loss. There may be pyloric obstruction leading to postprandial vomiting. Obstruction in lower part of the oesophagus may lead to progressive dysphagia. The ulcerating lesions of the tumour may cause acute gastrointestinal bleeding leading to melaena and haematemesis. Carcinoma of the stomach usually metastasises to the left supraclavicular lymph nodes, umbilical nodule, peritoneum and the liver. The peritoneal spread may lead to malignant ascites. In females, the stomach carcinoma may metastasise to the ovaries.

Staging of the stomach carcinoma is done as follows: